Peter turned 5 August 25.  He wasn’t so sure about this whole travelling-on-his-birthday-thing, where would the cake be (hello, we’re in Vienna), what about presents, what about a party? We promised it would be a great day that he would love.  He chose to swim at the hotel and then go to the Vienna Zoo, which is ranked top in Europe. Lucky for Peter’s parents, the zoo is on the grounds of the Schonbrunn, which was the Habsburg summer palace. Mozart gave his first concert here at 6 years old.  It was built in the 1600s and modelled after Versailles; the zoo was the menagerie.  It was a great zoo – probably the size of Denver’s, but they packed way more animals in there (not yucky though).  Their big attraction is the 1 year old giant panda twins.  They were napping outside, so we got to see them even if they were just laying there. The penguins were, as always, a delight, and every tourist in front of the ring-tailed lemurs either said “King Julien!” or sang “I like to move it move it.”  After 4 hours at the zoo, we exited by spending 2 more hours in the gardens, fountains and tree mazes of the Schonbrunn grounds. Maria Theresa had 16 children – Marie Antoinette (nee Maria Antonia) was one of them – and we talked about how much fun 16 siblings could have in this backyard.  That evening we had a great dinner near our hotel at the apex of the Burgring and the Opernring – this restaurant served veal or pork or chicken schnitzel and it had free foosball.  Our server, Paula from Venice, brought Peter a huge waffle with ice cream and five candles.  Peter left with a full belly, a kiss from a pretty Italian girl and a new little tiger lovey named Tyrone or Ranger or Cutie Fluffy. Michael missed the singing and the candles because he was accidentally trapped in the bathroom, but he screamed so loud (safety training from Daddy) that Demetri heard him.

We spent time at the Belvedere, another palace turned museum.  The Belvedere houses Gustav Klimt’s “Kiss” and other Klimt works, on top of many other beautiful paintings and sculptures.  The kids were totally fried and toured out, so we also boarded a bus to see other parts of the city we realized we might not walk to – definitely a good choice. Thanks to Vienna Unwrapped, we found a terrific ‘hot dog’ stand near the Albertina and twice enjoyed dinner and beer there sitting on a fountain ledge. One day, Demetri took the kids swimming at the hotel and did some yoga with them, then he went to the Naschmarkt and a cafes. While they were swimming, I toured churches and the national library and the kids and I went to the Natural History Museum – yet another palace turned museum so pretty it wouldn’t matter if the building was empty – and saw dioramas of dogs, cats, sharks, alligators, birds, dinosaurs.  Our last evening was spent at zum Schwartzen Kameel, a café and restaurant that’s existed since 1618.  The food was terrific and the restaurant and bar were gorgeous. Campari made 999 bottles of their liqueur for the Black Camel (special label) and some of very rare ones are in storage. Sadly we had to settle for Aperol spritzes, because only the bartender can make Campari drinks, and they don’t work Sundays.

In total we spent 5 nights in beautiful Vienna & could have spent many more. There is a ton to do, it’s very kid friendly with many parks and great public transportation that can serve as a sightseeing tool if kids are tired, the food is lovely and the buildings are gorgeous. Everyone speaks English, but I had a chance to practice my German and brush up on my Habsburgs and Holy Roman Empire a bit here. It reminded me how much I loved Mr. Reynolds’ European History class. 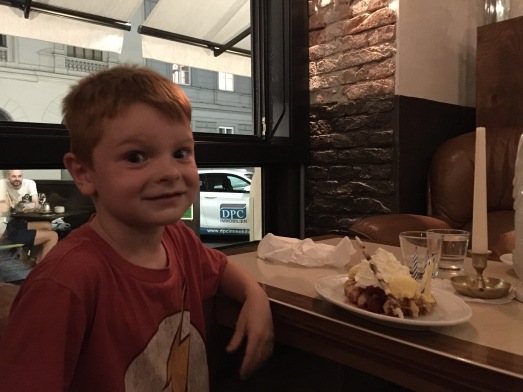 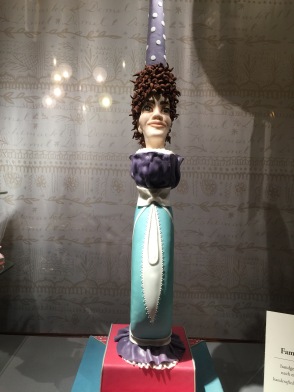 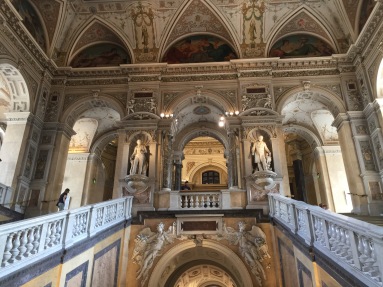 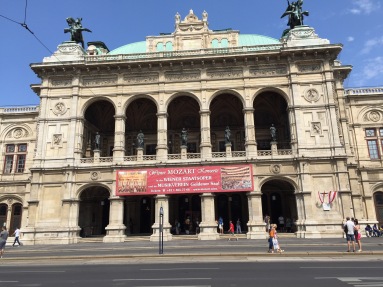