“Apokries” is essentially Carnival; the three-week celebration that leads up to Lent, the 40 days before Easter.  Literally, apokries (αποκριεσ) means “no more meat,” indicating the approaching Lenten fast. There are some significant days during this three week party — including “Tsiknopempti” or burnt Thursday, which is a last hurrah day for grilling and eating all kinds of meat before the Lenten fast begins.   There’s also apparently a cheese Thursday, but I sadly missed it. It was yesterday.

Apokries in modern times is mostly associated with the orthodox faith and the preparation for Easter, but the origins come from ancient traditions at this time of year that celebrated the end of winter and the coming of Spring — a big part of which was the worship of Dionysos, the God of wine and feast.

We had an awesome pre-tsiknopempti meat celebration of sorts last Saturday with Anna, Vasillis, Giorgos and Katerina.  We went to a taverna on Mount Parnitha, one of the three big mountains that surround Athens on the Attica peninsula. In ancient times, Parnitha was home to a bunch of fortresses for the Athenians to defend themselves from invaders.  In Byzantine times, several monasteries were built.  Tatoi Palace, the 19th century summer palace for the royal family, sits near the bottom, but it’s been abandoned for many years.  Today, much of the mountain land is a preserve for various animals and some 1,000 species of plants grow here.  The taverna was terrific and it was packed with families, couples, and motorcyclists heading up or down the mountain.  Some kids had costumes and masks. We had a great table by the window, feasted on chicken, pork steaks, braised pork, potatoes, tzaziki and panzaria (beets).   We looked at their excellent NYC Christmas pictures and watched the fog roll in to Athens. We left the taverna, played in a park, and had a coffee in Varibobi and then drove into Athens for Mina’s name day party that she and Theodoris were hosting at their house.  We were the first to leave at 11:30 pm.  It was so nice to meet their friends who  we’ve heard about and the whole party was lovely.  The food there was terrific too – lots of homemade dishes from Mina’s mom, plus pizzas, really good wine, champagne and the most beautiful cake ever.

This weekend is the ‘big’ weekend for Carnival festivals and parties.  Each neighborhood in Athens has its own celebration: parades, street parties and the like. Plaka does something different than Psirri which is different than what Metaxourgeio does.  In Voula on Sunday, there will be a little party in the Voula plateia, with games and mask making tables and also some kite-making supplies to prepare for Clean Monday.

Feeling slightly gypped out of Halloween in October, Peter and Michael are elated to make up for it this week.  A friend of Michael’s had a costume birthday party last Sunday.  They were all a sweaty mess after running (and running and running) around in their polyester, non-wicking costumes.  But man did they have a blast.  And today, the school asks that no backpacks come, only kids in costume ready to party.  They are both Star Wars characters of course, and they hopped on the bus with money in their pockets for the souvlaki that will come to school around 11:30.

Funny enough, if you type αποκριεσ into Google translate, it comes back as ‘Halloween.’

These last couple of weeks we had our first Kessaris basketball game, did some indoor climbing, worked on fun art projects, tried on many costumes and made Valentine cookies for Papou and Sandy, our neighbors, teachers and school bus drivers. I didn’t have a rolling pin or a mixer so decided to make valentine shaped M&M cookies. And yes, cookie scraps with heart angles are just as delicious as full cookies.

Demetri headed off to Korea today for the second half of the Olympics.  He’s got a long flight ahead – Athens/London/Seoul, but having tickets for women’s downhill should be worth the trip. 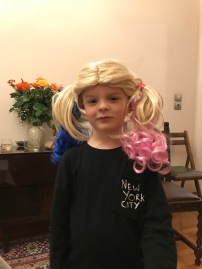 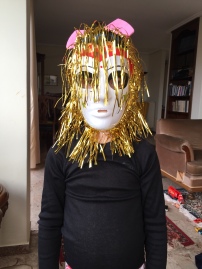 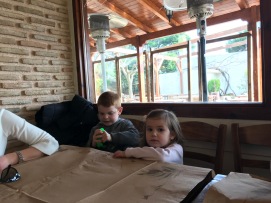 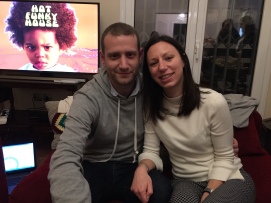 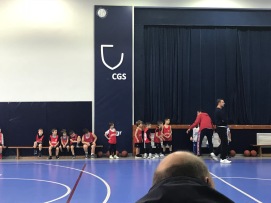 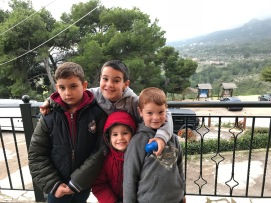 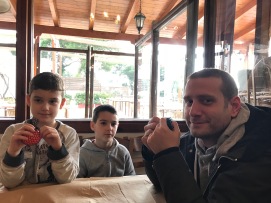 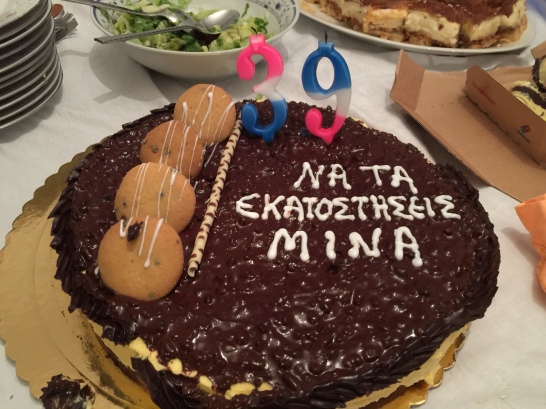 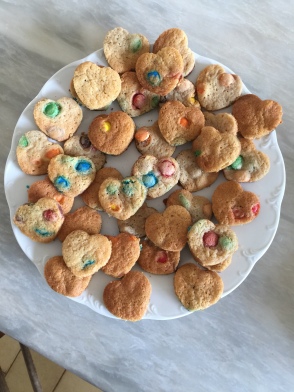 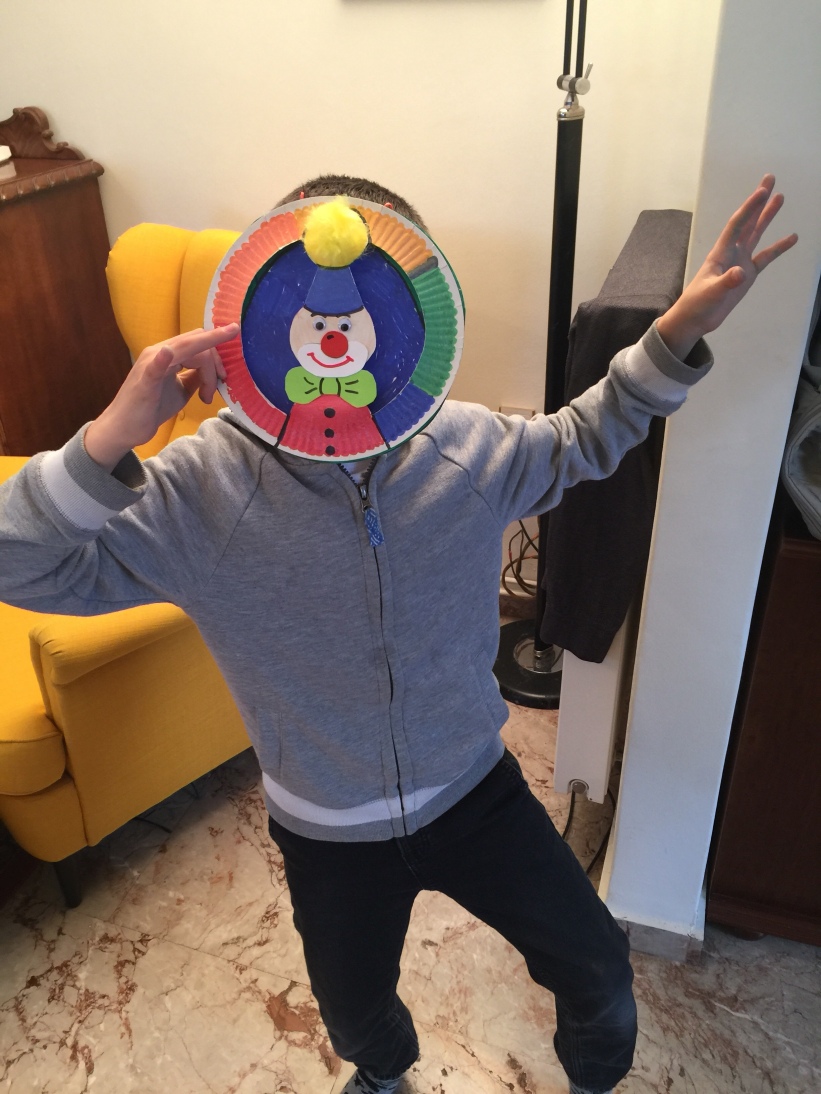