The past 6 weeks have flown by frighteningly fast.  My friend Julie told me a new word to describe the end of the school year: May-hem.  We have a little June-hem in Athens as schools don’t let out until around mid-month.

We’ve had a fun, if fast, month and a half though.  At the end of Race2Adventure,  Carter and Mike joined Demetri for the Formula 1 race in Barcelona.  Later in May, Demetri headed to Nice for one of his top three bucket list items: a Formula 1 race in Monte Carlo.  He snuck onto a yacht and met a cornerback for the Chiefs.  Then he headed to Italy, toured 2 ferrari factories, bought some fantastic balsamic vinegar in Modena and watched wheels of parmigianno-reggiano get shined in Parma, where they play classical music so the cows don’t get stressed. The following weekend, Thodoris and Vassilis joined him in Mugello, Italy — hometown track for Valentino Rossi – for the MotoGP race.  They won a ride in the safety car and got to see the track.  While the dads and uncles were enjoying Bologna and Florence and a massive bistecca fiorentino, Anna and the kids and I spent the weekend together, first at Zappeio and the National Garden in downtown Athens, and then at a playground in Faliro right next to a burger place.  We had lots of ice cream that weekend … and met Captain America.

And, best of all, our friends who promised to visit have started to arrive. Mark and Christina came for a few days before their Mediterranean cruise, bringing a Costco double-pack of Cholula sauce for Demetri.  Then, Mike, Lori and Josh came to Athens for a few days pre-island tour.  We flossed at the Acropolis and SUPed along the Athens Riveria, and I had a run/walk partner for 4 mornings.  Then Jane, Kim, Nikki and Lucas also spent time in Athens before their week-long catamaran cruise in the islands. Today, Russell, Christine, Max and Sam come in by way of Germany, and we’ll all head to Crete for a week of paddleboarding and beach time.  And at the end of the month, Allison, Haley, Reeves and Ryan are coming for 4 days before their Italian holiday.

In between all that, Peter played a sheep in the year end school play, Michael performed a traditional Greek dance in the end of year school play and he was elected MVP for the basketball team yesterday. We had fun birthday parties for our classmates, a lovely fish lunch with Michael’s friend Tasos and his family: Katerina, Makis and brother Ares; lunch was a gorgeous halibut that Tasos’ Makis caught the previous afternoon.  There were two Naxos cheese and wine parties and a park play date with our fun, awesome neighbors Panayoti, Irini and little Anna, and Lionel Messi appeared on a bag of potato chips.

Last ride on the school bus tomorrow. Bring on summer.  Bittersweet for sure.

Photo collage of the May-June whirlwind below. 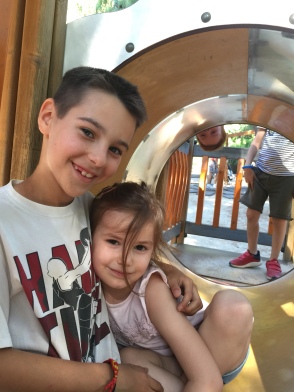 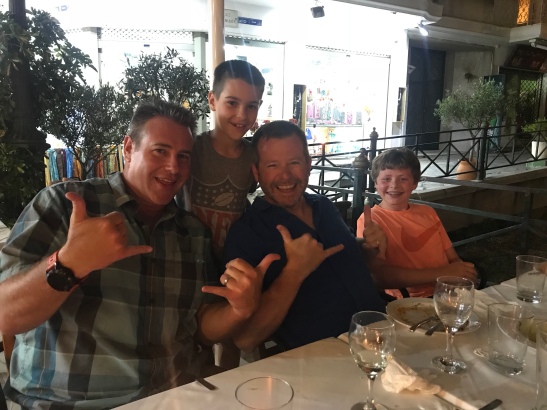 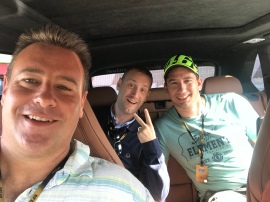 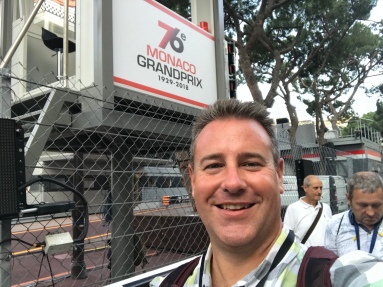 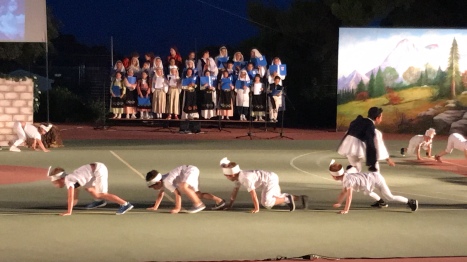 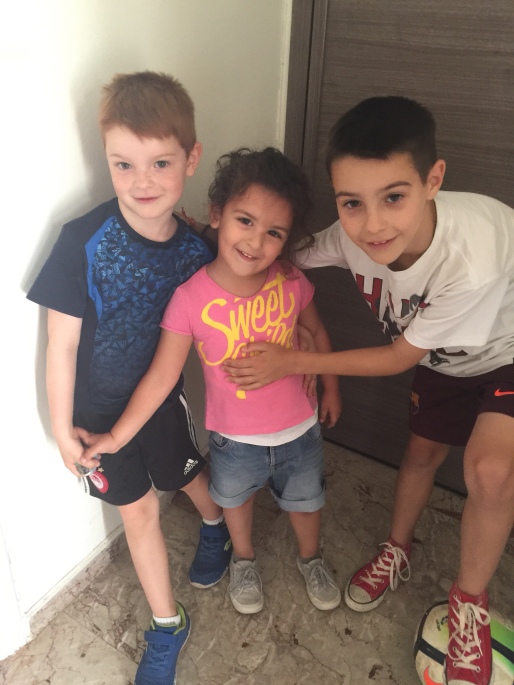 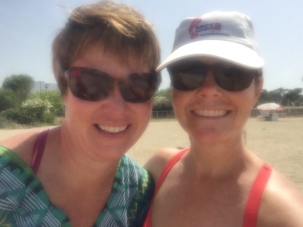